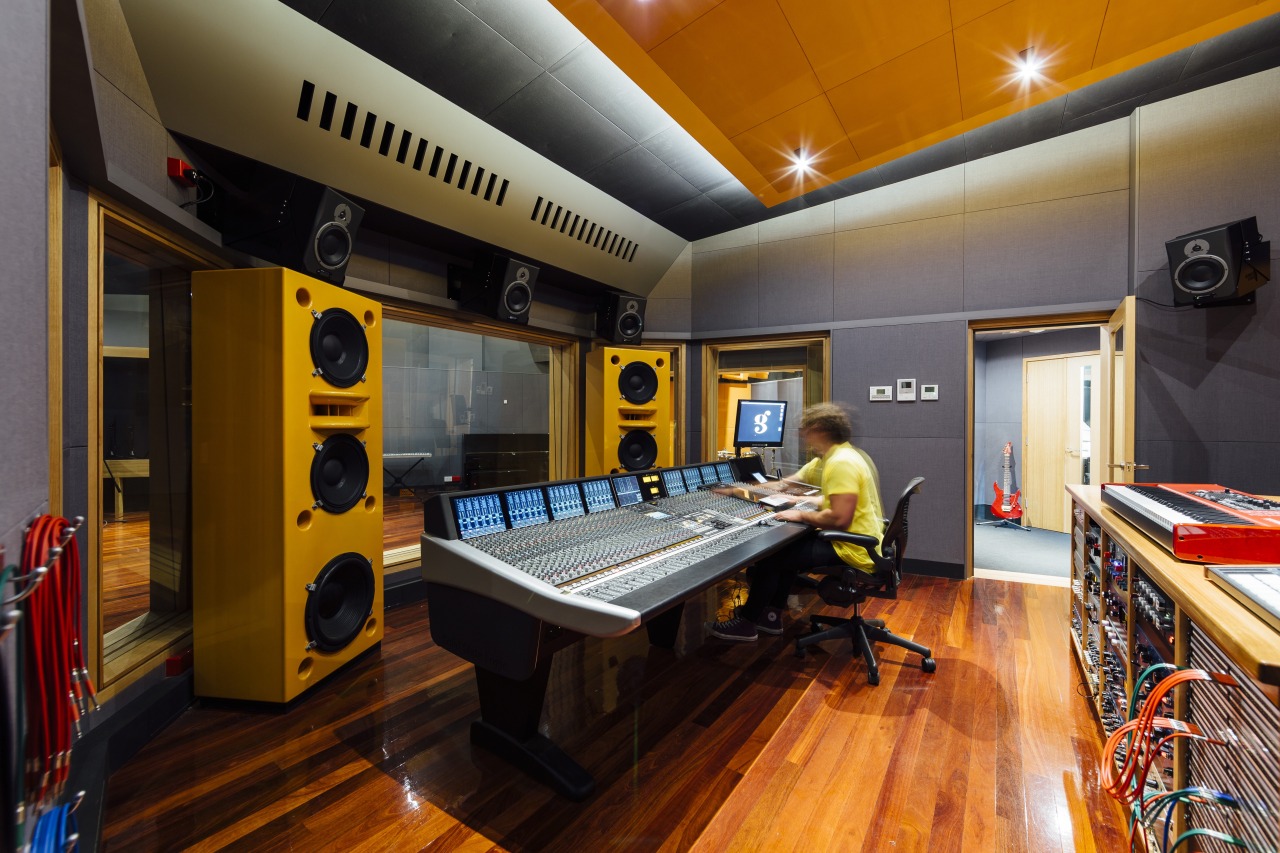 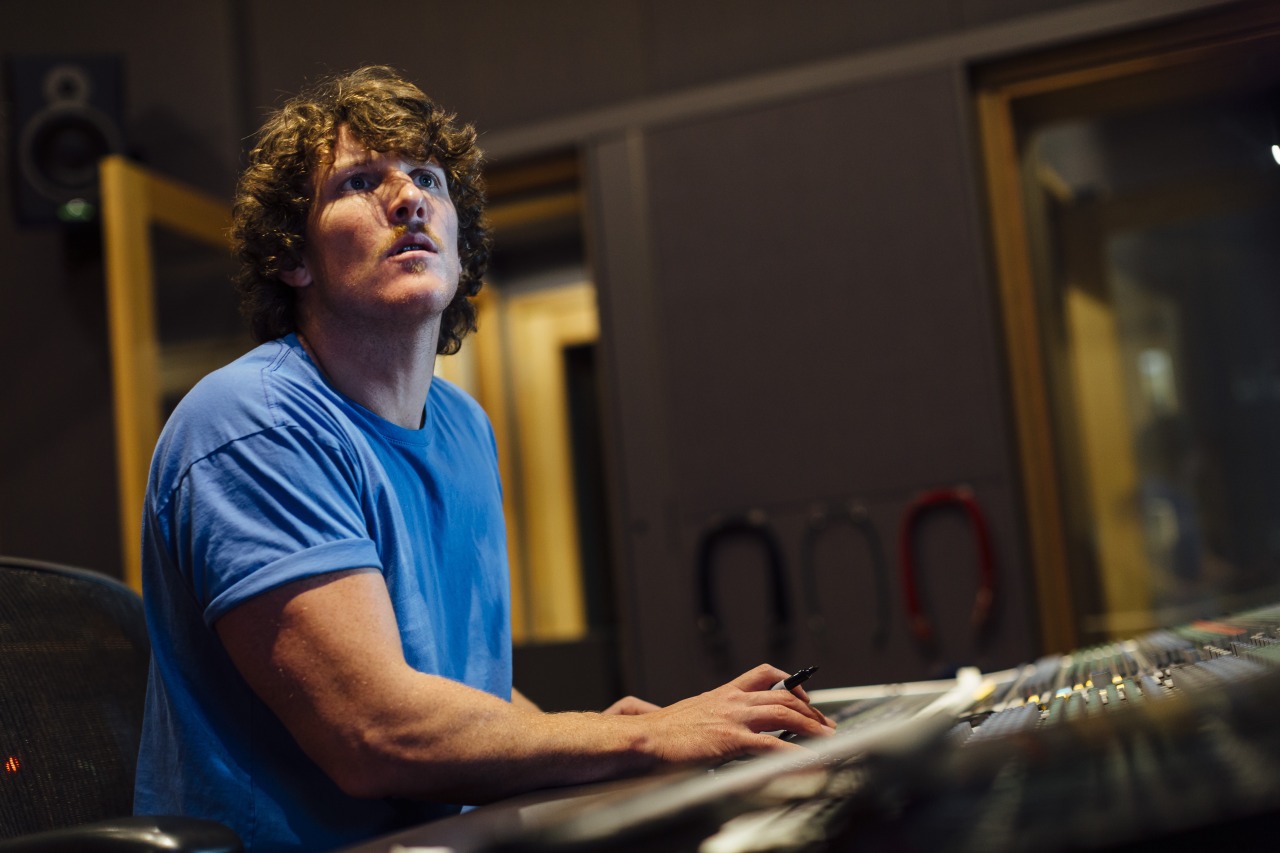 Ginger Studios in Melbourne is one of Australia’s premier recording and mixing facilities. Owner/producer Jimi Wyatt was determined to bring a true world class studio to Australia’s second largest city. Opened in 2012, the multi-room studio complex is evidence of Jimi’s no-compromise approach. From acoustic design and construction, to an impressive selection of top gear, Ginger is stunning in every detail.

Augspurger: “Jimi, tell us how you got started producing music and a little of your back story.”

Jimi Wyatt: “When I was about five I started making mixtapes on an old cassette/CD player my parents gave me. It could record either a built-in mic or from one of the two tape decks or the CD player. You could also make it do dumb stuff where the mic would record from the CD that was coming out the speakers, so you could kind of crudely “live multitrack” to tape of something old and something live. You could only make two or three passes before you ended up with heaps of noise, but that’s how I first learn’t to track.

I then spent the next 10 – 12 years playing as a percussionist in school orchestras and then some garage bands. I earned a Bachelor of Audio Production at Box Hill Institute of TAFE and then found my feet under the guidance of (veteran alt-rock producer) Jonathan Burnside.”

A: “How did Ginger Studios come about?”
JW: “When Jonathan closed his studios in Melbourne I needed a new job and didn’t feel like putting all the money into someone else’s pocket. So I started building the list of gear and room design concepts I had for the kind of records I wanted to make. I like so much different music, so I wanted a place that would cater for super slick productions (like Justin Bieber, Jason Derülo) as well as classical and jazz ensembles and indie bands. No compromises; That’s the concept behind Ginger!”

A: What led to you choosing Augspurger main monitors?”
JW: “Unfortunately I hadn’t heard of Augspurgers at the time we started the room, and I put in a set of monitors that failed so many times that I returned them and decided to do more research in big US studios. Augspurger’s Dave Malekpour lined up a stack of listening dates and I got to listen in some of the best rooms in America (and the world) to Augspurger’s both progressive and classic style monitoring systems. They really combine the best of both old school acoustics – which sound the best – and cutting age digital technology, which overcomes the limitations of the old designs without making it clinical and boring. In a word, they sound like music!”

A: “Ginger installed a rare pair of custom Augspurger Dual 15/18 Towers. What led you to that decision?”
JW: “What was really cool was how progressive and open Dave Malekpour was, he let my imagination run wild, and took my idea of combining all the drivers into 1 box and together we built the first pair of Augspurger towers. The advantage with these is that they have awesome transient response because the top cabinet isn’t separate to the sub so there’s more mass and you get less movement/rocking of the box. Also, we knew that all the drivers would line up exactly right at install so that Dave could be sure my listening experience would be really close to what he was hearing back at his facility. The only bummer is that you need 6 big boys (or girls) to move them!”

A: “How do the Augspurgers influence your tracking techniques?”
JW: “Because the speakers are super accurate I can trust them, but additionally they let me do something special in tracking. Normally to get a band feeling great live you have to have them all in the same room. I don’t mind that even with a PA, but some mixers will hate you for any spill at all, so now I track with everyone in the band, except for the drummer who is in the live room and the rest of the players are in the control room with the world’s most accurate PA to vibe off at 120dB SPL, it means we get the best live recordings with as little or as much spill as you want.”

A: “How have your Augspurgers made your life better?”
JW: “Since installing the monitors my client list has changed too, we’re attracting more high profile clients and most importantly I can put wider smiles on each of my clients’ faces. As well as that, I was connected with Michael Shipley through my old high school and was mentored by him until his passing. He was a big supporter of the Augspurger sound so they get the Golden Ears seal of approval! Another thing they’ve done is make me want to finish my room. Although they work amazingly well as a free standing monitor I’m now intrigued to take the studio to another level and build them into a new front wall so that Ginger Studios can truly become the world’s premiere mix and record facility. These speakers truly are making everything about me and my place better every day. Augspurger. That’s my sound!”